Ever feel like you’re surrounded by bullshit? On the TV, the radio, the internet, Facebook, even in the pits? It’s as if everywhere you turn, someone is making a statement they can’t back up. So why does it continue?

It continues because politically correct behavior has made it unpopular to call it when you see it.

And who does this politically correct behavior protect? An innocent person who might be hurt by the truth? Or those who have something to hide?

The consequences of this Bullshit Epidemic go far beyond simple annoyance, because bullshit attempts to make facts irrelevant.

If you are one of those who believe that facts are irrelevant, take off your clothes, leave the comfort of your home, and walk to the nearest cave to sharpen the stick you will use to kill your dinner. If you’re lucky, whatever you kill will be big enough to provide a skin to cover your bare ass.

Bullshit didn’t provide your car, your house, your air conditioner, or your iPad.

Science did, and science is reliant on facts, not bullshit.

Call it when you see it.

What do you do when you have been discredited so often, and so thoroghly, that no one will buy your product?

You get others to sell your product under a different name.

The problem is that the other guys end up using the same BS marketing techniques, and sooner or later the word gets out.

Consider this ad from Grams, the latest member of the FIC Injector Club:

So why does their own picture show that the tip is discolored from heat, and the plastic o-ring retainer has melted?

Here’s an uncut injector for comparison:

Did they think that no one would look? Or that we wouldn’t question such obvious bullshit?

Or did they not look themselves, simply repeating what they were told by their supplier?

Based on their copy and paste skills, I would guess they simply repeated what they were told. 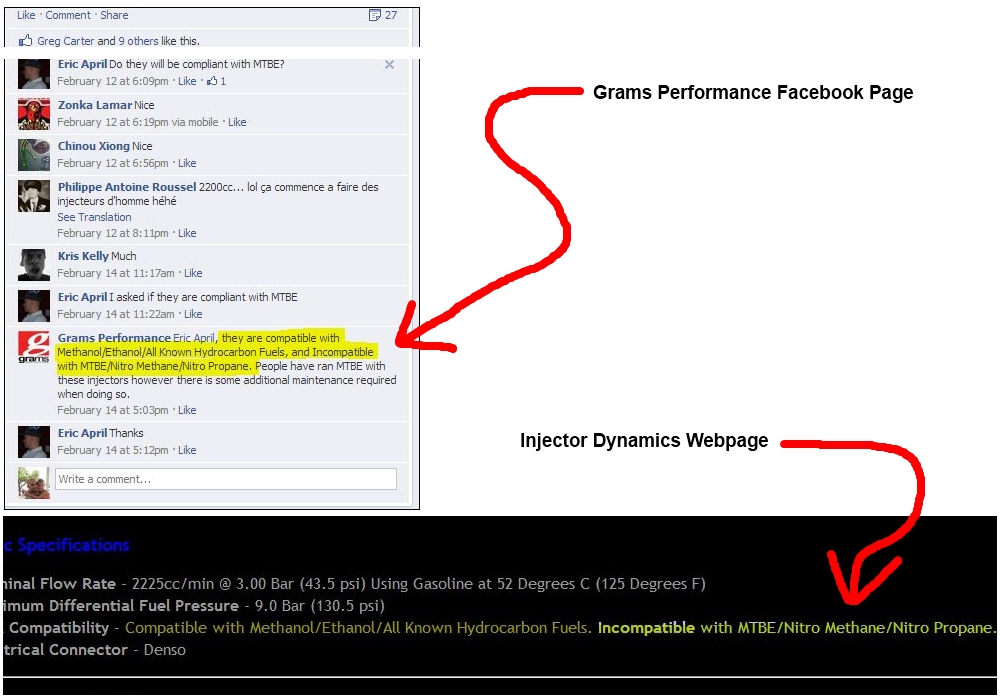 And what other bullshit are we expected to believe? That these are a special “Bosch Motorsports” injector?

A fuel injector, like any other mechanical device, will undergo an initial “wear-in” or break-in period during which its characteristics will change. We account for this by running every injector through a break-in period of 1/2 hour at 200 Hz. (360,000 cycles) PRIOR TO testing and matching.

This is just one of many steps that we take to provide consistency for our customers. 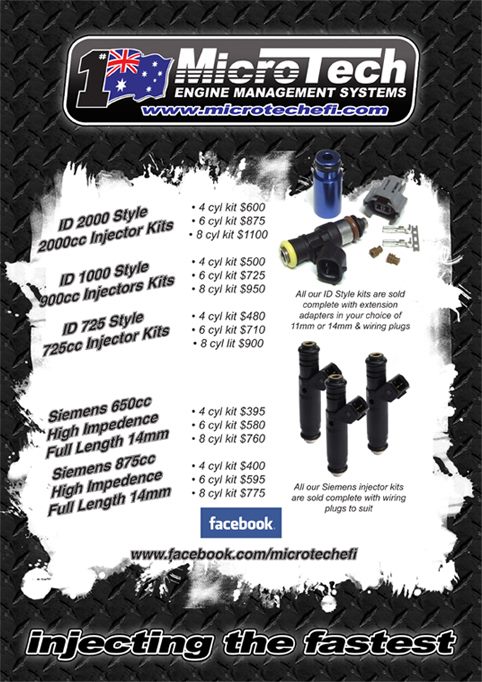 Before I take a bite out of Phil’s ass, I would like to present the statistic that motivated me to write this article.

Fed up with seeing our hard work passed off as someone else’s, I wrote this article.

In it, I show that the injector data presented as original work by FIC is a poorly disguised version of Injector Dynamics data. I didn’t state an opinion, I stated a fact, and backed it up with the spreadsheet I used to perform the calculations.

A week later I checked the ID website logs and found that of the approximately 4,000 people who read the article, only four downloaded the spreadsheet!

99.9% didn’t feel the need to check my math, or the validity of my assertions!

So what does this mean?

That I am so respected that no one questions what I say? Or that FIC is so discredited that anyone will believe the worst?

Nope…it means that no one asks for proof. And as long as that is the case, the bullshitters can say whatever they want.

Listen guys, it is not wrong to ask someone to explain themselves, and doing so will ultimately improve the quality of the products in our market.

This bit of bullshit wrangling starts with a document released by Greg Banish of Calibrated Success.

In this document Greg details injector characterization tests that he performed on several stock and modified injectors. It’s a great piece of work, because it dispels a number of common myths, and comes from a guy with OE level qualifications who doesn’t sell injectors.

The document has been the subject of many forum threads, and one in particular caught my attention. This thread included a number of wordy, rambling posts by Phil from ASNU.

I scanned these rapidly at first, until I realized that Phil was taking a swipe at Injector Dynamics while promoting his injectors with a large steaming pile of bullshit.

If I refuted every bullshit claim this guy made, I would be typing for a month.

So let me sum it up by addressing a few of the more outrageous claims made by Phil from ASNU.

Here are a few of the BS statements made to support that position.

“Here is a scenario worth thinking about, using some of the fuels around: Fuel hitting the inlet vale can cause sticking vales and valve stem guide wear, the non atomised fuel runs in to the combustion chamber, sits around the piston and washes the bores, fuel is now in the oil and can damage the bearings, un-burnt fuel carbons up the exhaust valve, gums up the EGR valve, lacquers the Lambda and slows the response time and finally clogs up the catalyst exhaust. I wonder how many people have changed Lambda’s & EGR valves, replaced Cats, rings and valves and never thought about what caused the problem in the first place.”

OH MY GOD THE WORLD IS COMING TO AN END!!! WTF SHOULD I DO?

For starters, I should contact the auto manufacturers and tell them to stop injecting on a closed valve because Phil said so.

I should also sell all three of my gasoline powered vehicles, a Ford, a Toyota, and a Mazda, because they inject on a closed valve at idle and cruise by design, as do many port injection cars on the road today.

If you’re unfamiliar with the concept of closed valve injection, do a search on the SAE website.

In doing so , you will discover that closed valve injection has been common since the mid-nineties.

Of those vehicles that do not intentionally inject on a closed valve at idle and cruise, they most certainly do once the injector on time exceeds the valve open time. Using a cam with an intake duration of 270 degrees as an example, the valve will be “open” for 37.5% of a complete engine cycle. Once your injector duty cycle exceeds that, you will be injecting on top of a closed valve for at least a portion of the injection event.

How many of you guys are running less than 37.5% duty cycle at full throttle?

Since we’re all injecting on a closed valve at least some of the time, shouldn’t we be experiencing the problems described above? In our race cars and our street cars?

“What is strange is that when a certain “Injector Specialist” in the USA tells everyone that a straight spray is the best spray, everyone believes it??? Even some of the most respected Tuners have followed the same path, preaching the same belief, but I am sorry, they are wrong.”

Afraid to say “Injector Dynamics” or did you mean a different “certain Injector Specialist” in the USA that doesn’t approve of your flow bench?

“One top quality core injector with the option of 15 different flow rates, with each flow having a predetermined spray pattern to match.”

And WTF is meant by predetermined?

I understand the definition of the word, I just can’t figure out how it applies here. Is he making the point that it is not undetermined?

Or is he just chattering like any used car salesman, hoping to impress those who are not paying attention?

“The ASNU Performance Injectors have been specifically designed to achieve this, with Multihole Sprays with the relevant spray angle to match the flow.”

A predetermined spray pattern AND a relevant spray angle. How nice…

Just for fun, say that out loud with a straight face as if you are trying to convince someone that it is meaningful.

“A change is coming, people are starting to realise that you may not need all that fuel that the 2000cc injector is supplying if you have the correct spray pattern to suit the flow.”

This guy must think we all just crawled out from under a rock. I’m left wondering if this is the first time he has made this statement in public, because where I come from, no one would ever do it twice!

Certainly my naturally aspirated four cylinder engine doesn’t need “all that fuel” but what about a 1000+ horsepower ethanol fueled four cylinder running 50lbs of boost?

And now we get visual aids in the form of a picture Phil posted showing one of his injectors “in action” on the flow bench. 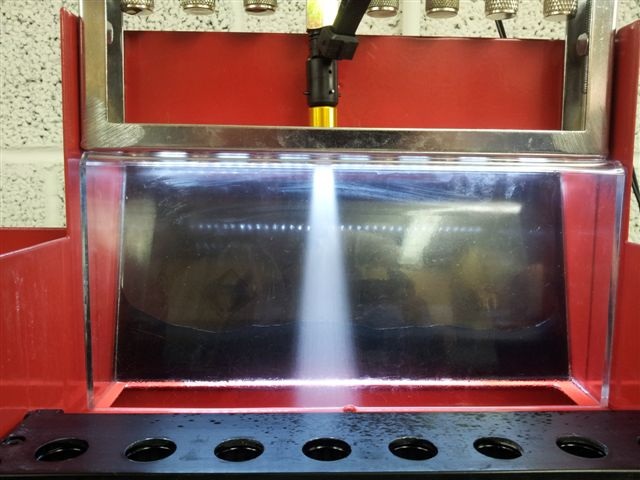 This picture included a couple of interesting comments by Phil

“ASNU Injector Solutions have the answer, now please tell me that this is what a spray pattern SHOULD look like.”

“By the way, there is no trick photography here, what you see is what you get, unlike some other one floating around.”

“What you see is what you get…”

Maybe if you’re interested in purchasing this picture to hang on your wall, but not if this is what you think is entering your combustion chamber.

This is no different than taking a picture of a speeding car and then trying to read the lettering on the tire. Like that tire, the fuel exiting this injector is hauling ass. Unless you’re Superman, you cannot see the individual stringers and droplets that make up this fast moving stream of fuel. 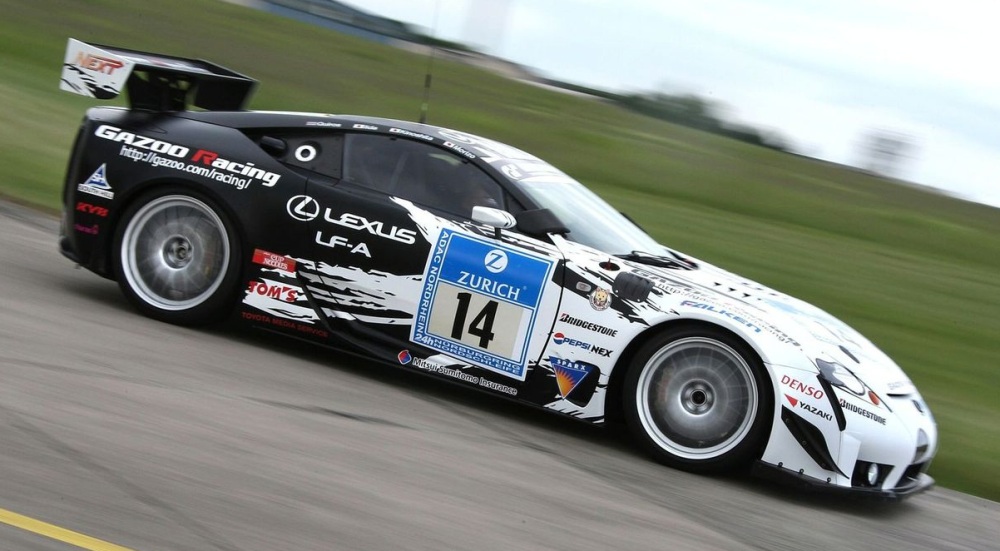 Can you tell me what size tires are on this car? Or what the wheels look like?

Of course not. That would require high speed photography.

There’s only one problem with high speed photography/video as it applies to fuel injectors, particularly if you’re trying to bullshit your way into the market.

The problem is that it is not at all flattering, and when you see it for the first time, it’s shocking just how “un-atomized” the fuel is.

The blurry “pattern” posted by Phil tells you nothing about the quality of the atomization.

And just in case you think Phil is bullshitting you, he goes out of his way to tell you why you should believe him.

You’ll all recognize this ploy, because it is an integral part of every infomercial you have ever heard.

“ASNU has been working in the USA for over 25 years”

“In my 30 years of Testing & Servicing Fuel Injectors, I have Tested and Serviced Injectors on every continent”

“I have been testing injectors all over the world for over 25 years, no one in the world has seen as many different injectors for production vehicles and the problems due to manufacturing as I have”

Five times in a single thread…anyone recognize that technique? 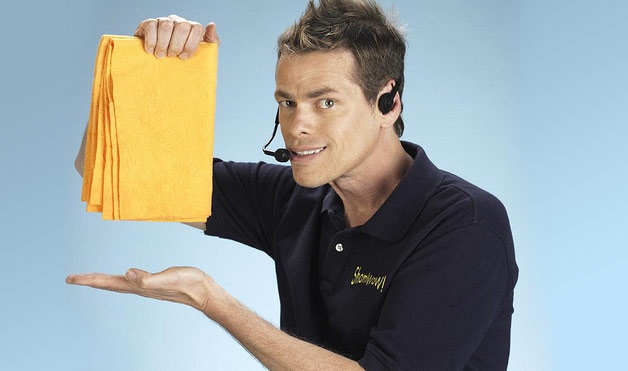